You are here: Home / Recipes / Dinner / Pizza with Cauliflower Crust

You can top this cauliflower pizza base with whatever you like. I’ve used Parma ham and blue cheese and added some slices of apple. Love the combination of the sweet apple and the salty parma ham and strong blue cheese. The classic pizza topping with pepperoni sausage and cheese is also really good on this low carb pizza base. 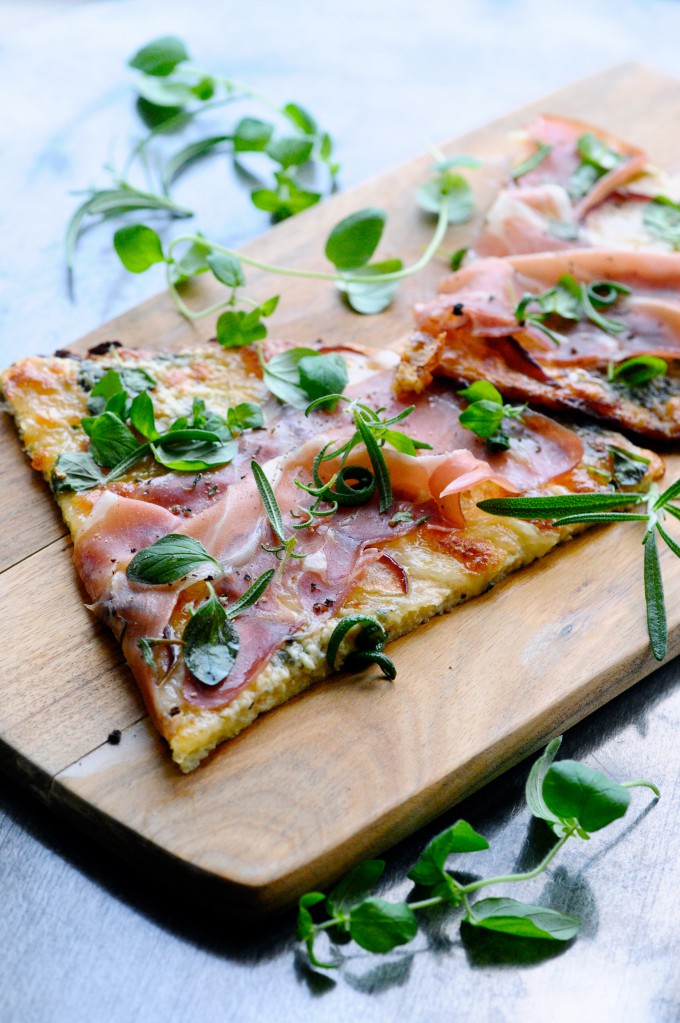 Pizza with cauliflower crust and other ideas

On Pinterest, I’ve seen that you can also make “bread sticks” out of this cauliflower “dough”. Gooey melted cheese on a wonderful low carb cauliflower base, what’s not to like? Definitely gonna make that soon.

Oh yes, another way to use this cauliflower base is to make small blinis. Just make small round blinis instead of one big, round pizza base. Bake them in the oven and serve them with sour cream, red onion, small apple cubes and caviar, lumpfish roe or maybe even smoked salmon. 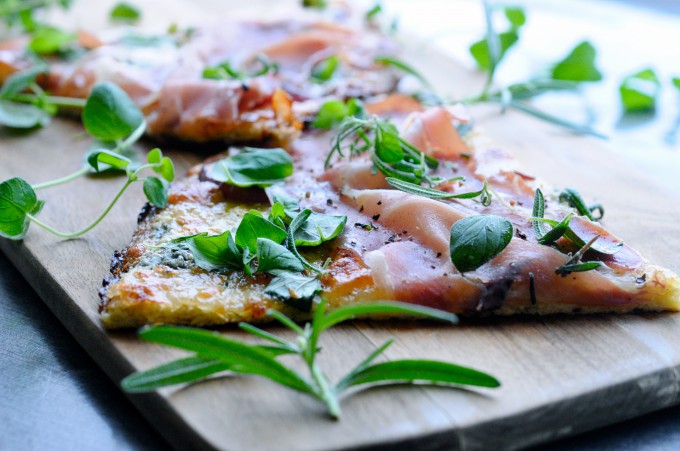 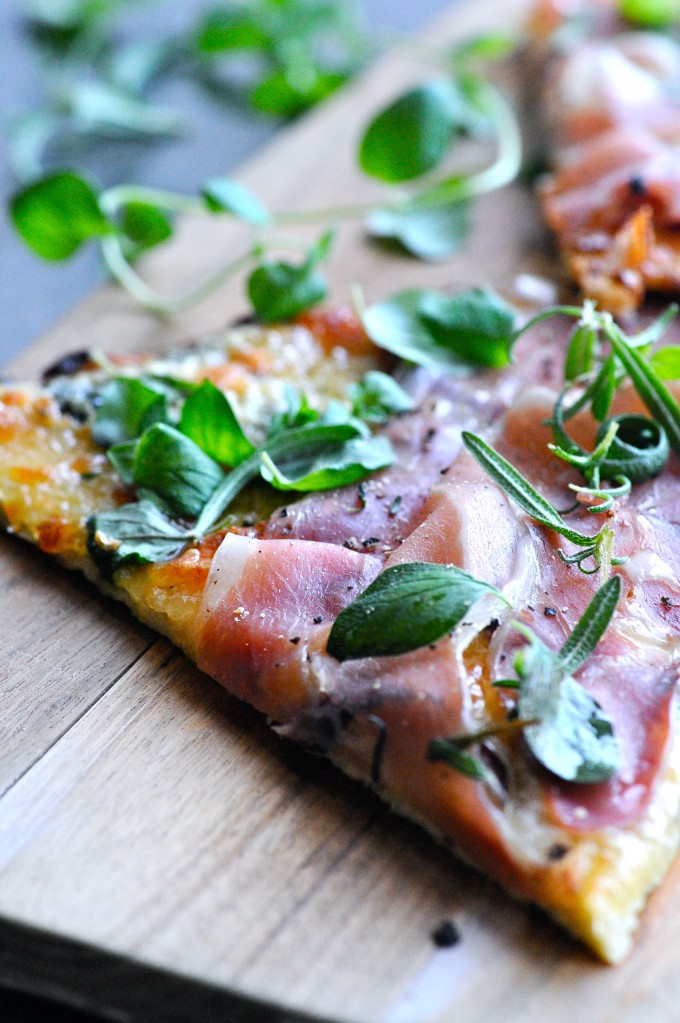 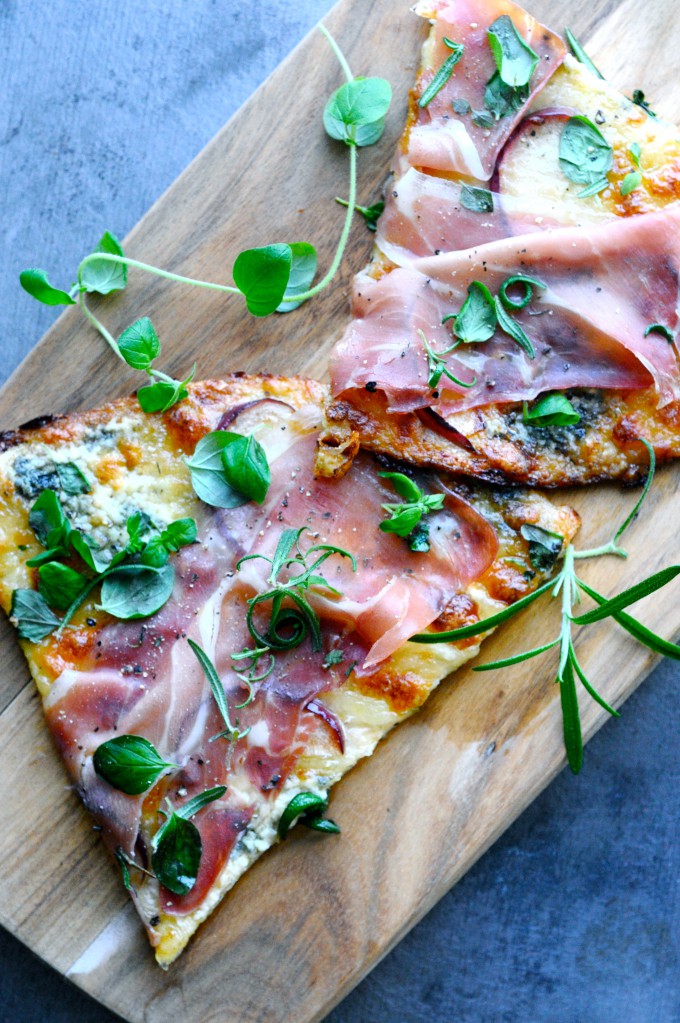